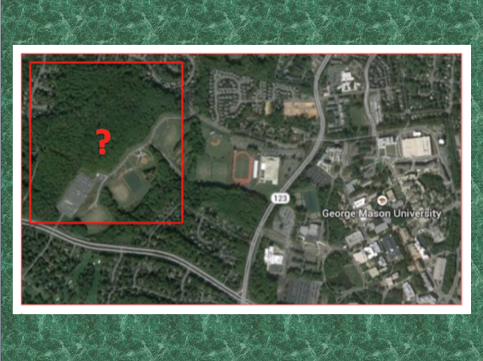 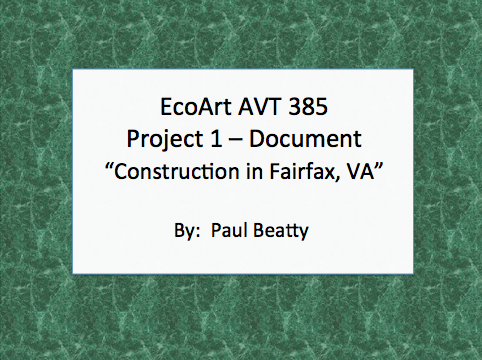 In order to convey how previously tree-dominated areas and local farms have succumbed to large-scale construction projects, I have documented numerous construction sites that I have come across during my normal daily travel routine (Burke to Fairfax/GMU).  Over the course of one week, by visiting six different construction sites, I feel that I am able to not only provide my viewers with a method to visualize what current ecologically-oriented areas might look like in the near future (if we continue to carelessly satisfy society’s need to expand and “beautify”), but to encourage the preservation of the dwindling natural-areas we have left.
As you can see in the figure below, over the span of just a few years, there have been three major construction projects along Burke Lake Road – not even a mile distance from each other.  In particular, I have noticed that each of the previous properties where these projects took place was ecologically oriented.  One of my growing concerns is that the mass of trees in the center of the picture will be the next to go… 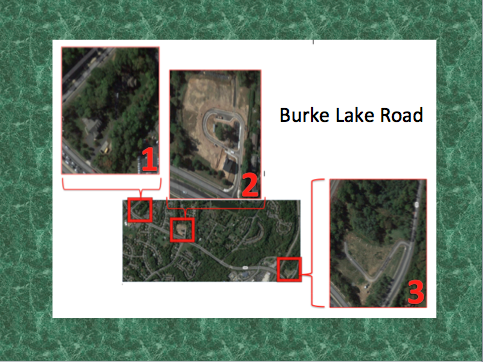 The figure below represents the aftermath of a construction project involving a local farm at the corner of Burke Lake Road and Burke Centre Parkway. Once the owners of the farm died a few years ago, instead of keeping the farmland and crops, two large mansions were built – selling for multi-millions of dollars each.  The only remnant of farm-life on the entire property revolves around a very small garden in the back of one of the houses. 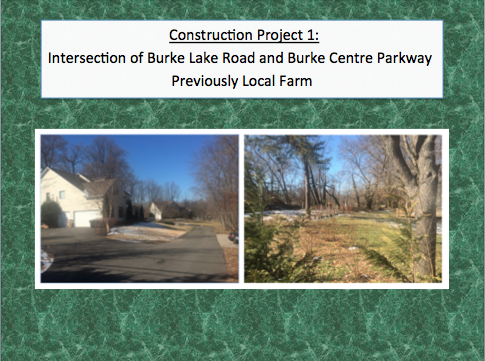 The figure below represents the aftermath of a construction project involving a previously tree-dominated area at the intersection of Burke Lake Road and Shiplett Boulevard.  Nearly all of the trees were cut down so that construction companies could build a few family homes – selling for 1.2 million dollars each.   The only remnant of the tree-dominated area on the entire property is a small, man-made park in the center of the cul-de-sac as represented by a few trees surrounding a gazebo.  Even so, the area is unable to host any wildlife that used to live there. 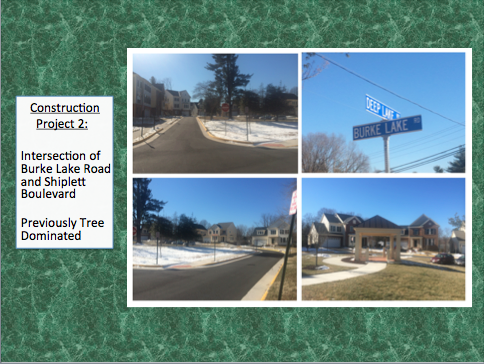 The figure below represents the ongoing construction of a previously tree-dominated area at the intersection of Burke Lake Road and Burke Road.  In order to build a total of five new mansions, the construction company plans to cut down a majority of the trees within the area. As represented by the construction on the houses below including the survey markers and cones in the current wilderness, there are plans for even greater expansion.  The environmental effects of this construction are horrific.  For instance, part of the hill above was cut out of the ground leading to mudslides into a nearby stream.  Even the trees that were planted are not the same types of trees that were there originally. 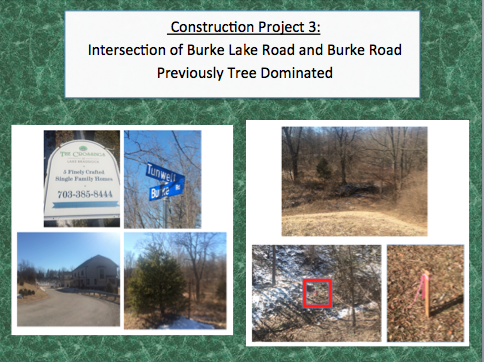 As you can see in the figure below, over the span of just a few years, there have been at least two major construction projects within close proximity of one another at George Mason University.  Although it may appear harmless (for the sake of modernization and “beautification”), I have noticed that these acts have come at the cost of the already dwindling wildlife within the area. 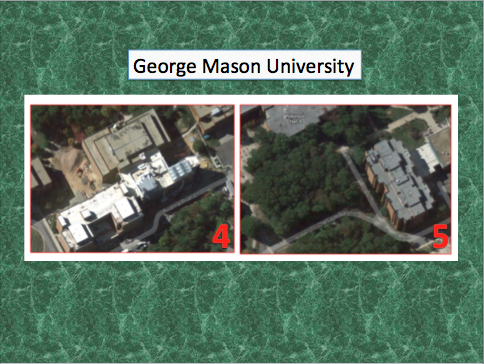 The figure below represents the finished product of the construction that occurred at George Mason University – specifically the construction of the science annex between Planetary Hall and Exploratory Hall.  Although the university has done an adequate job attempting to replant the greenery that may have been destroyed in the immediate area, many people do not realize that all of the runoff from the project rolled directly into the stream behind the buildings. 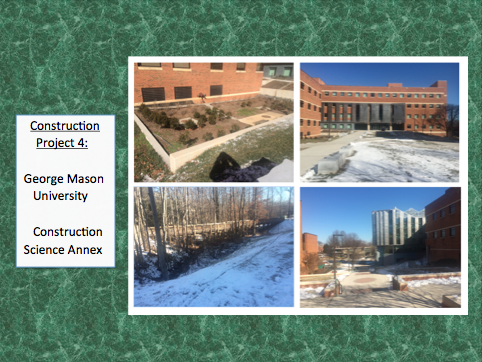 The figure below represents the ongoing construction of the new Fenwick Library Extension at George Mason University.  The construction currently going on in this area is an atrocity considering that the entire area was perhaps one of the only tree-dominated areas on the entire campus.  In fact, for many years up to this construction, many classes within the sciences revolved around looking at the animal life within the wooded area.  It is unlikely that the area will be able to support any wildlife in the future. 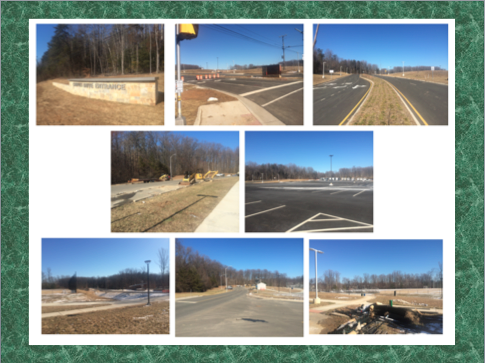 The following two figures below are a large-scale map of George Mason University’s property and my documentation of the construction that has already occurred near the field house. When I visited the site, what I found was a lot of wasted land and open space – probably at the cost of a variety of wildlife.  Upon looking up the surrounding environment, there is potentially room for even more expansion to the west.  Since I have heard rumors that GMU was planning on building a medical school, one of my growing concerns is that the mass of trees will be the intended location.

What I believe all of these construction projects have in common is how they all revolve around the purpose of making tremendous profits off of the land harvested from previously ecologically friendly environments.  Although efforts may or may not have been made to preserve some degree of nature in the construction sites, often enough, the “replacements” are hand-picked for the sake of aesthetics as opposed to functionality and are unable to support the wildlife that used to live in that region.