Noise Awareness pizza boxes laid to rest in front of the Art and Design Building – Noise now infused into the DNA of the living soil.

It was the best year yet for the Noise Awareness festival, and once again pizza was the sustenance that helped sustain the sonic mayhem into the early hours of the morning. Could it be that the intense sounds of that evening are now somehow encoded in the fibers of cardboard like grooves on a record – or perhaps in the way the history of a forest is encoded in its soils. 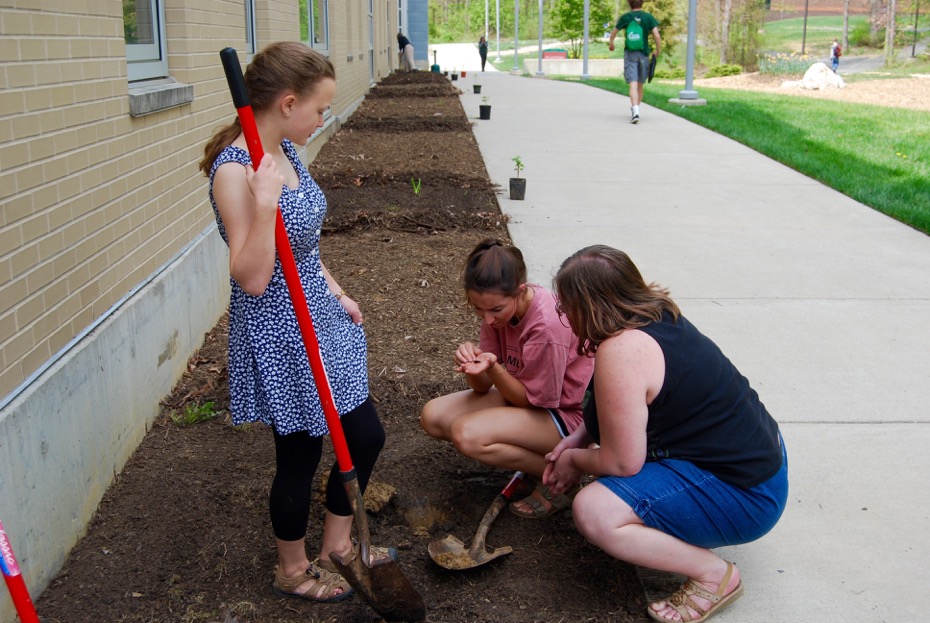 Embedded in this act is the thought of a tree farm, a pine tree grown for decades, fed a steady chemical diet, finally cut, trucked, milled, pulped, printed, shipped, and stored, all to be finally put to a functional use in transporting pizza for the absurdely brief interval between the strip mall down the road and our doorsteps. 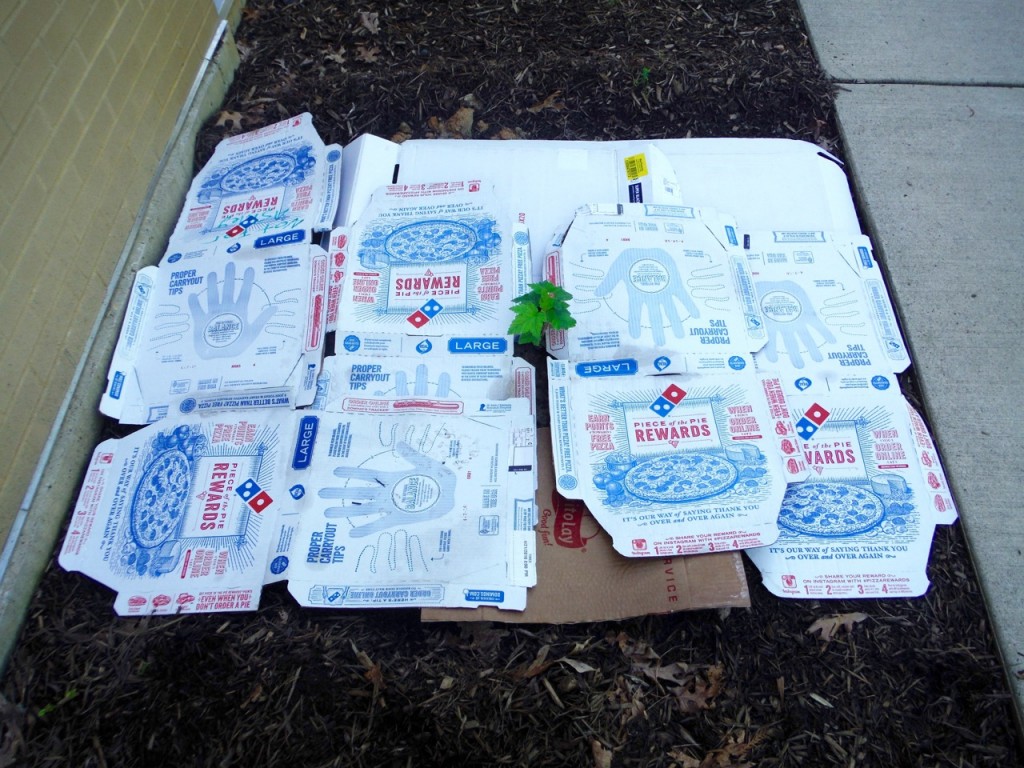 Wouldn’t it be nice to extend the function of these incredible objects we call boxes (being the products of prolific resource extraction and a whole array of industries and technologies), which are doomed to serve the most mundane tasks of a civilization built on the impossible dream that we might extract infinite resources from a finite planet.

Wouldn’t it be nice to be able to release the frozen organic potential of these amazing objects, to return them to the basic processes which might give them a new life. 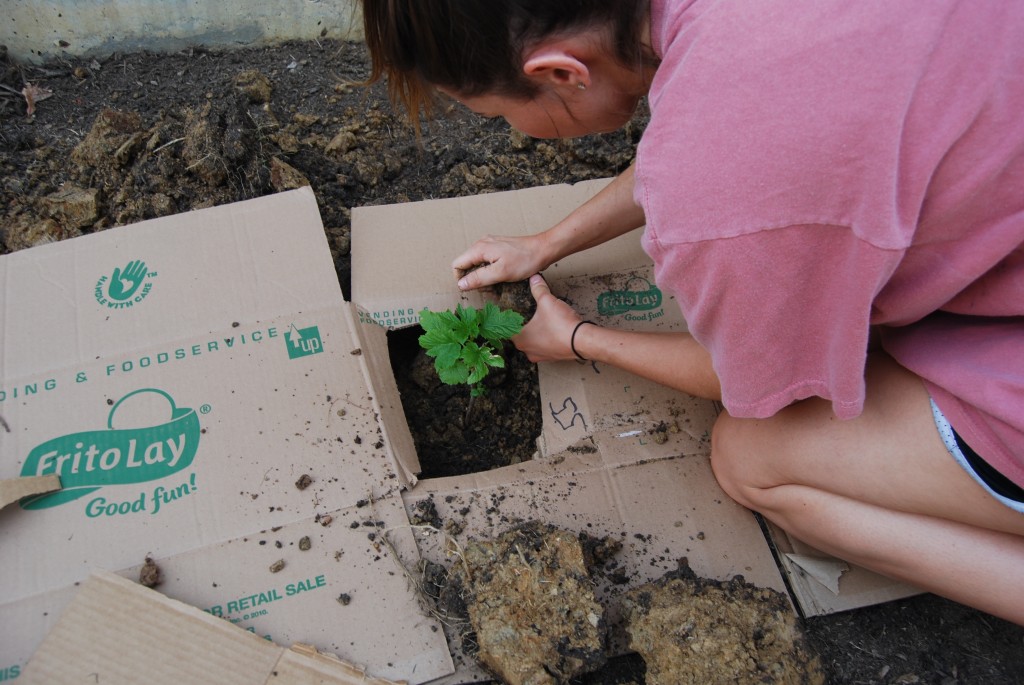 Wouldn’t it, in the process, be nice to feed the microbes, fungi and earthworms knowing that they will give back life – as the the cardboard fibers of pizza boxes are digested by the living soil, made elemental and reassembled into the the fibers of a living plant.

Wouldn’t it also be nice, if in the process, the cardboard, could be employed to nurture and protect a young and vulnerable plant from undo competition. 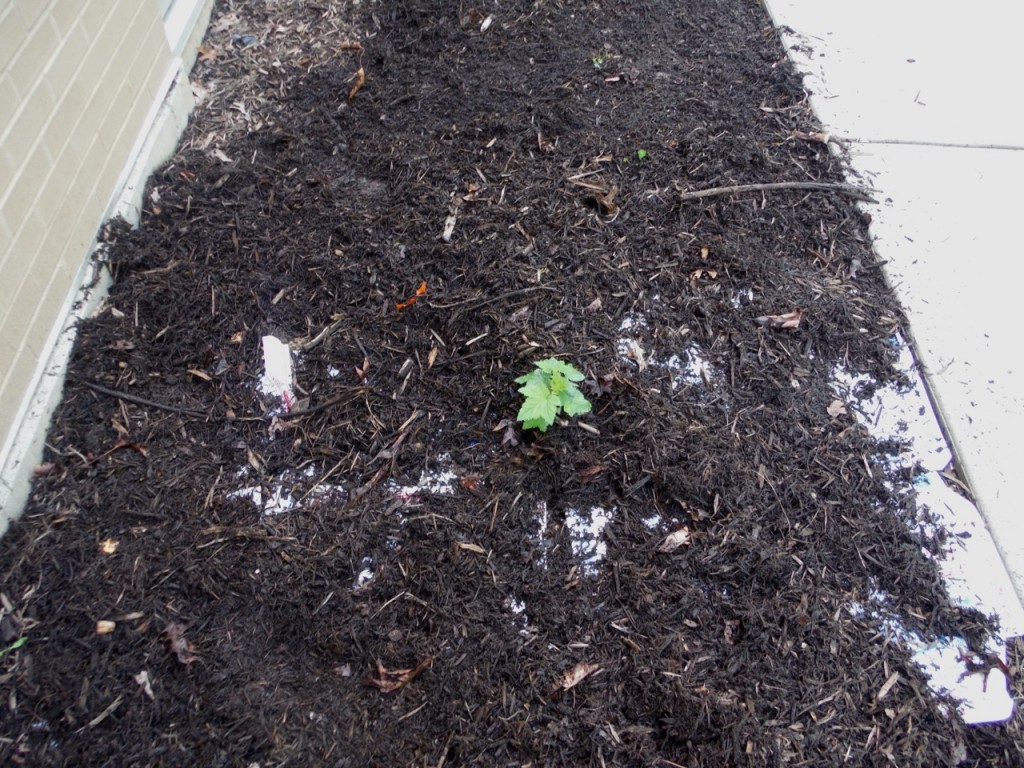 And wouldn’t it be amazing if in some way the life of the soil itself, busy digesting right now, were at some deep level functioning as positive receptors for the encoded vibes of an amazing evening of signal / noise experimentation called Noise Awareness.

The medicinal qualities of currants are well known, may they these currents be somehow infused with the healing potential of sound. 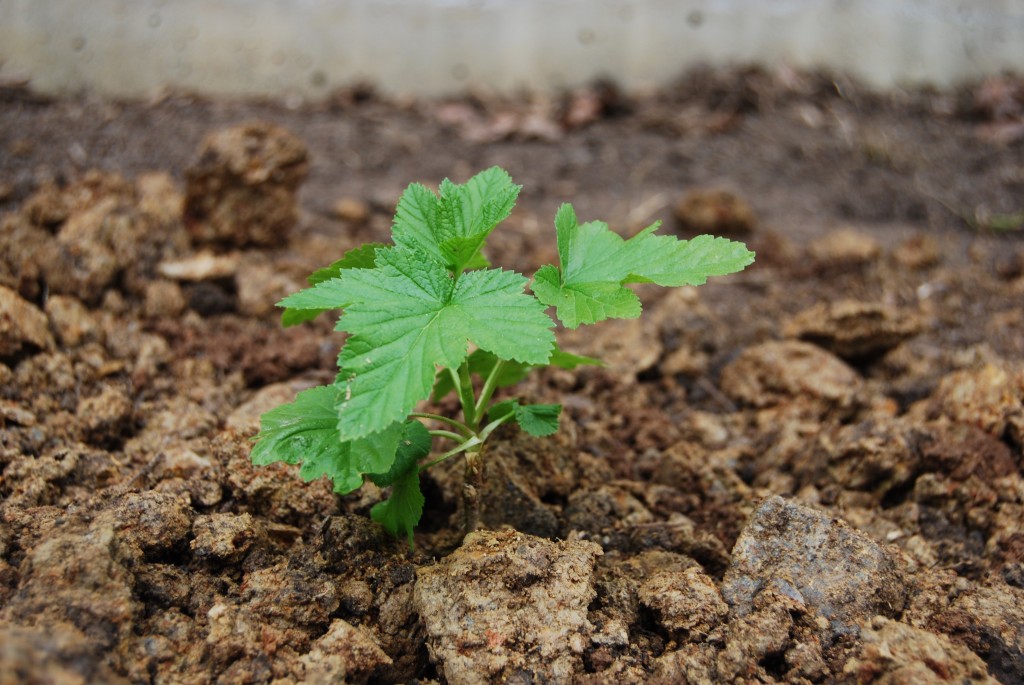