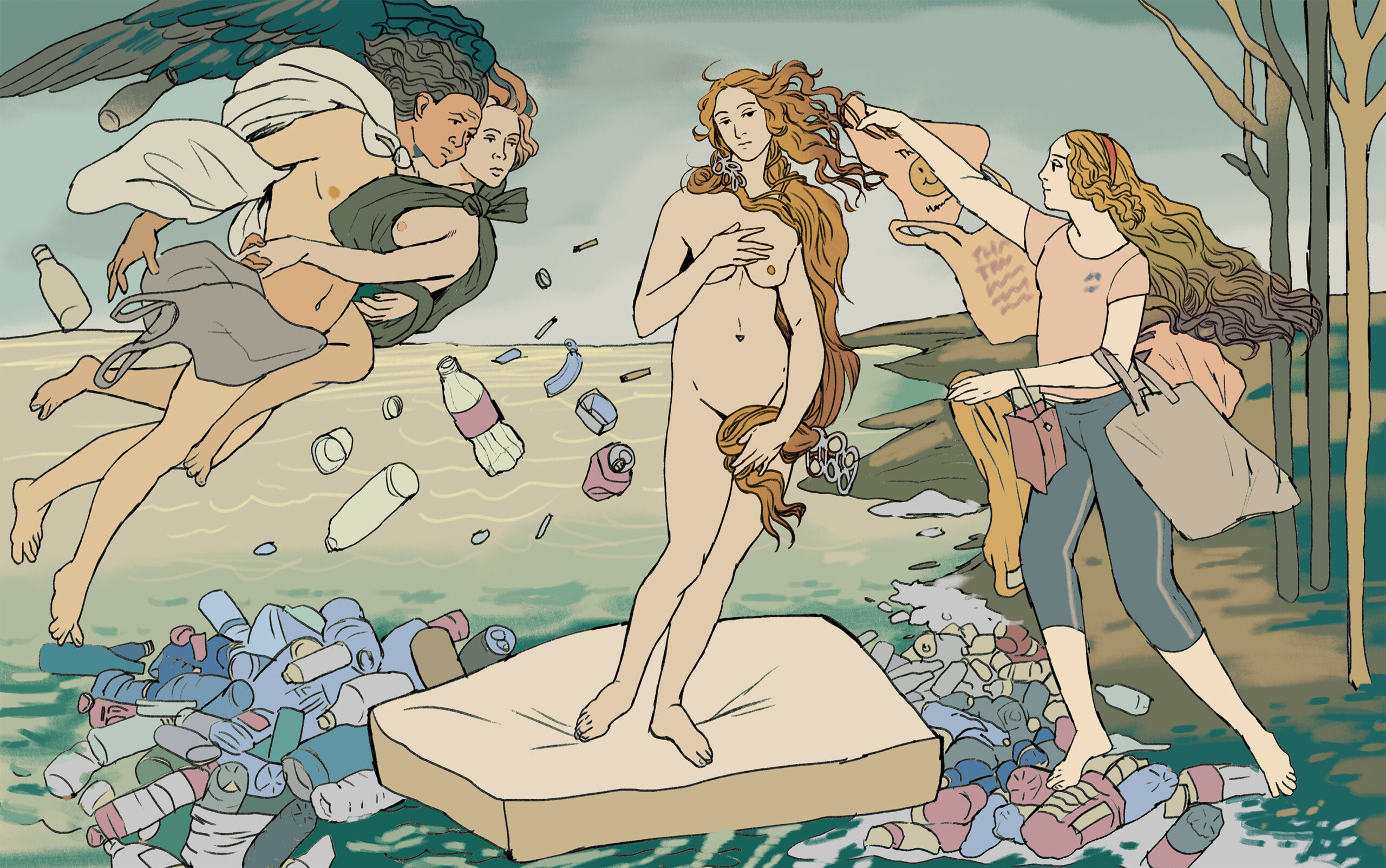 a project by J. Yin

This digital illustration is a homage and parody of the famous painting by Sandro Botticelli, The Birth of Venus. The original painting is known for its beauty, love and nature. I redrew the painting digitally in an illustrative art style with distinct black lines. The composition and proportions are the same excel I added a twist to the subject matters to reflect the state of the modern world. In this alternate scene, the waters are trashed with piles of debris which are mostly plastic bottles. The newly born goddess, Venus, is the center of the painting. Originally standing on a giant clam shell, my version has her standing on a disposed mattress. Furniture are commonly trashed items that are just as destructive as plastic bottles. Venus also has a very unamused expression on her face, since she has plastic rings tangled in her hair. The woman on the right is wearing modern, civilian clothing and fanning plastic bags on Venus. The man and woman on the top left is the god of wind, Zephyr, who is blowing various debri like cigarettes onto Venus instead of flowers. The two are also covered in giant plastic trash bags instead of elaborate drapery from the parent painting. Various bottles are floating around in the air. The trees in the background are also bare without any leaves to add to the trashed environment. The alterations I chose for this image is a commentary on littering and how consumerism is destroying nature. The goddess of beauty herself is ruined by plastic junk. The goddess on the right is dressed like a typical middle-class American consumer, wearing common products from the fast fashion industry. The shopping bags around her represent excessive consumerist lifestyles. The fact that she looks and dresses like an everyday person shows that we as consumers should be more mindful with how much we purchase. Plastic will pile up in waters and will sit there for years.