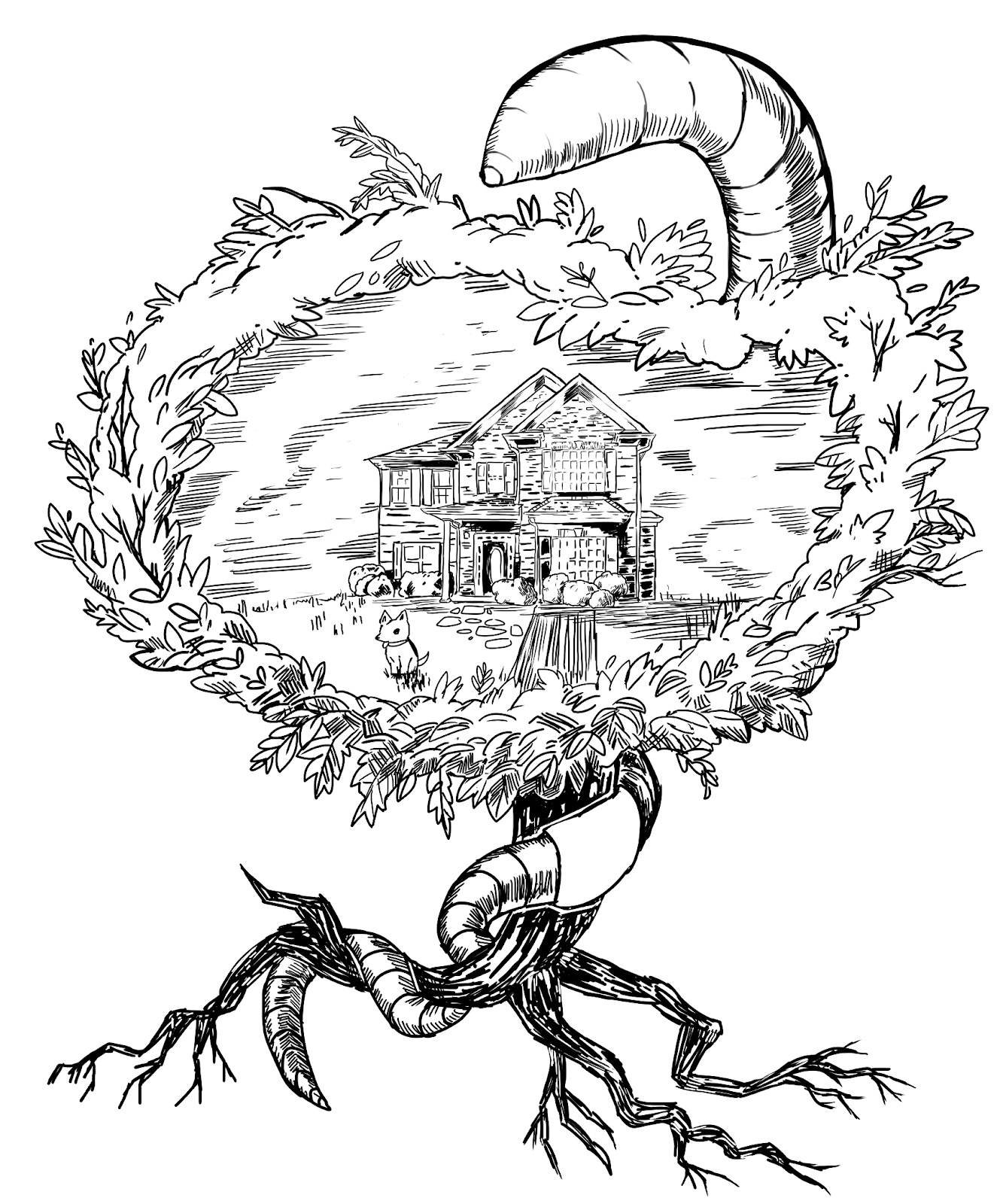 an illustration by J. Yin

The imagery in my piece shows a tree with a giant earthworm curled around it like a serpent. It is an allusion to the tree of Yggdrasil from Norse mythology. Inside the tree shows a typical, American suburban house with a lawn. The snake of Yggdrasil is actually the giant earthworm that exemplifies its importance on the tree, which supports our lives. The house symbolizes the mundane, consumerist American lifestyle of large houses with green lawns. This country has a standard of consistency within neighborhoods, especially with lawns. The grass is so unnaturally green and it has become such a norm for Americans and it causes an immense amount of pollution to our water– and worms. Earthworms are often wiped out of people’s lawns just for our artificially green lawns which is counterproductive since worms are the real ingredient to a greener and natural planet. – J. Yin