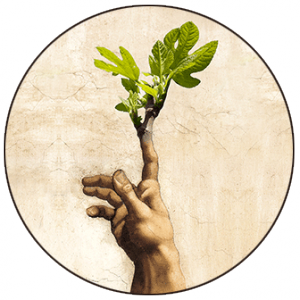 Located on the grounds of the George Mason University’s Art and Design Campus, SoA Green Studio offers students a living studio in which to creatively explore the interdependence of biological and cultural systems. The Green Studio exists, as any working art studio does, in constant flux and develops organically through the relationship artists form with the developing ecology of the site.

The concept of an externalized art studio challenges conventional approaches to landscapes as master-planned perpetually finished products. The Green Studio also challenges the notion of the art studio as a place where artists retreat from the world, while repositioning the artist within the contingencies of a living space with its art materials embedded in a functional ecosystem. The goal of work in the Green Studio is not to create in spite of the world, but rather in relation to it. In this sense, traditional art and design concerns of creating abstract aesthetic relationships (whether on the canvas or in the landscape) are reshaped to include social and ecological relationships.

Finally, The Green Studio is not contained in any one physical space. It exists as conceptual space for exploring the role of art and design in building meaningful, creative, critical, and supportive relationships between people and the earth’s life support systems. The Green Studio can materialize anywhere and anytime an artistic act forms a conscious relationship with an ecological process, and renders the opposing concepts of “nature” and “culture” as inadequate terms for creating a sustainable future.

EcoScience+Art is an initiative and collaboration between the arts and sciences at George Mason University. It is our mission to bring together individuals working across the boundaries of ecosystem science, art, and design fields to share knowledge, expertise, and strategies for creatively engaging in the common pursuit of a sustainable future. 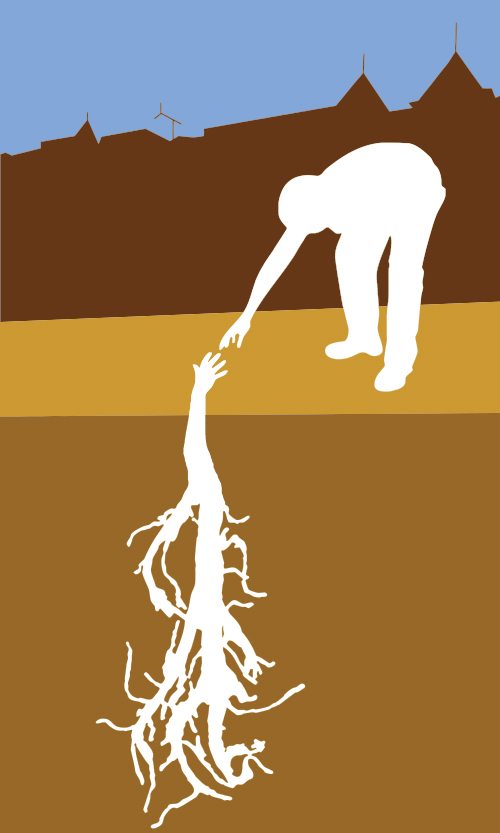 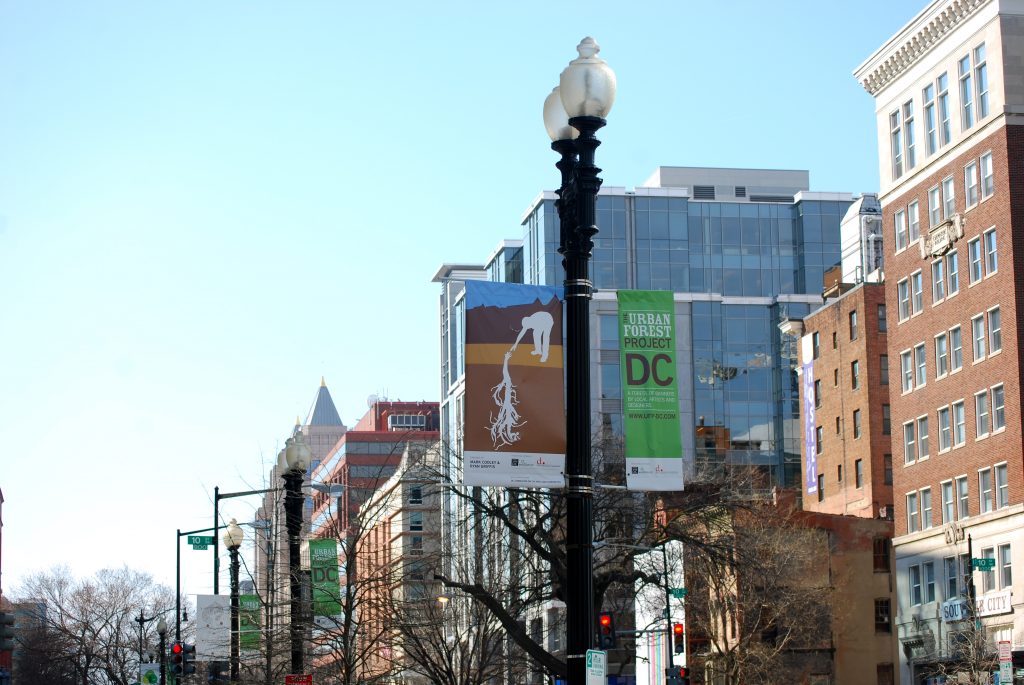 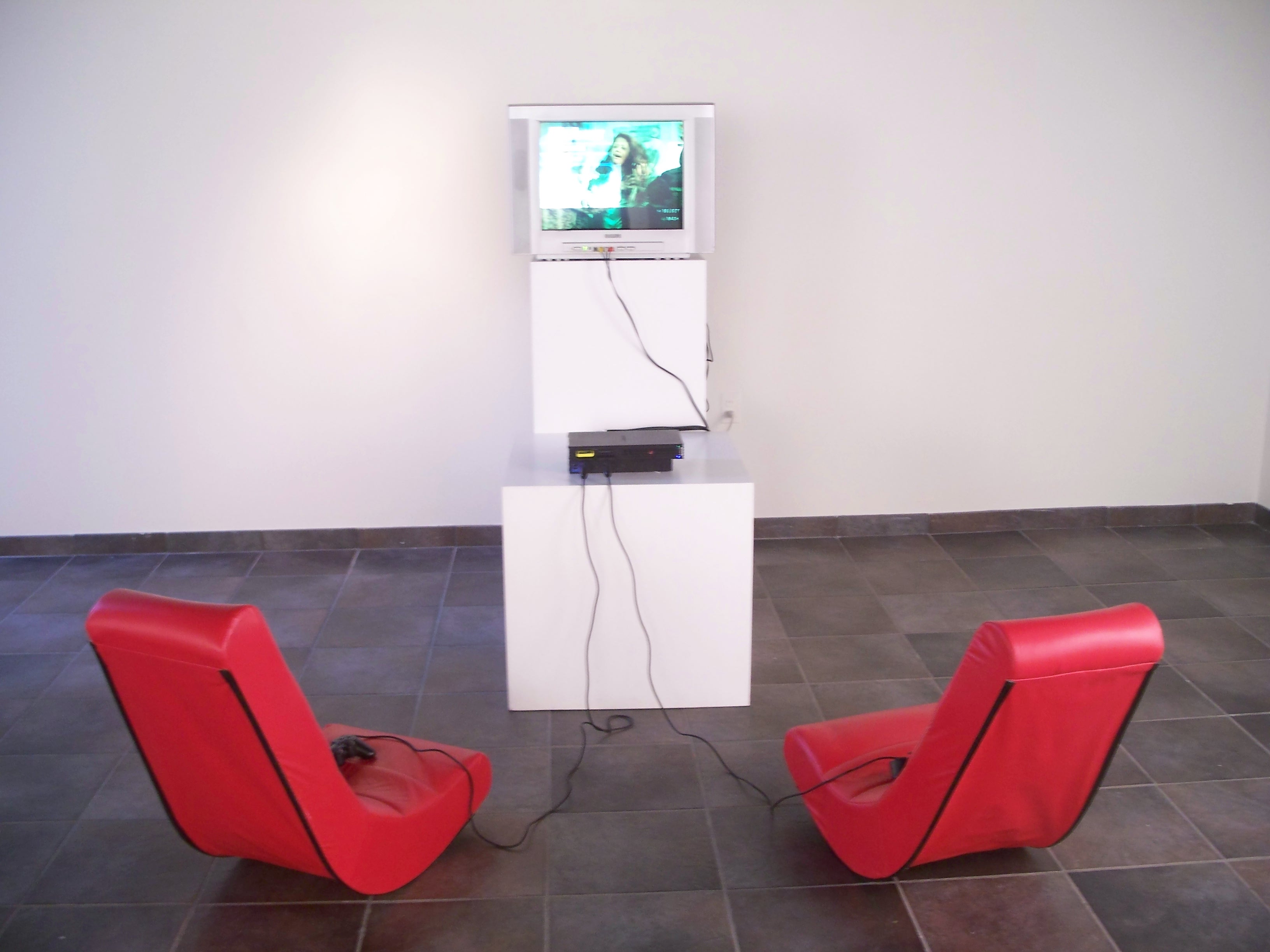 “Kids in Congo were being sent down mines to die so that kids in Europe and America could kill imaginary aliens in their living rooms.” – Oona King, former member of the British Parliament. 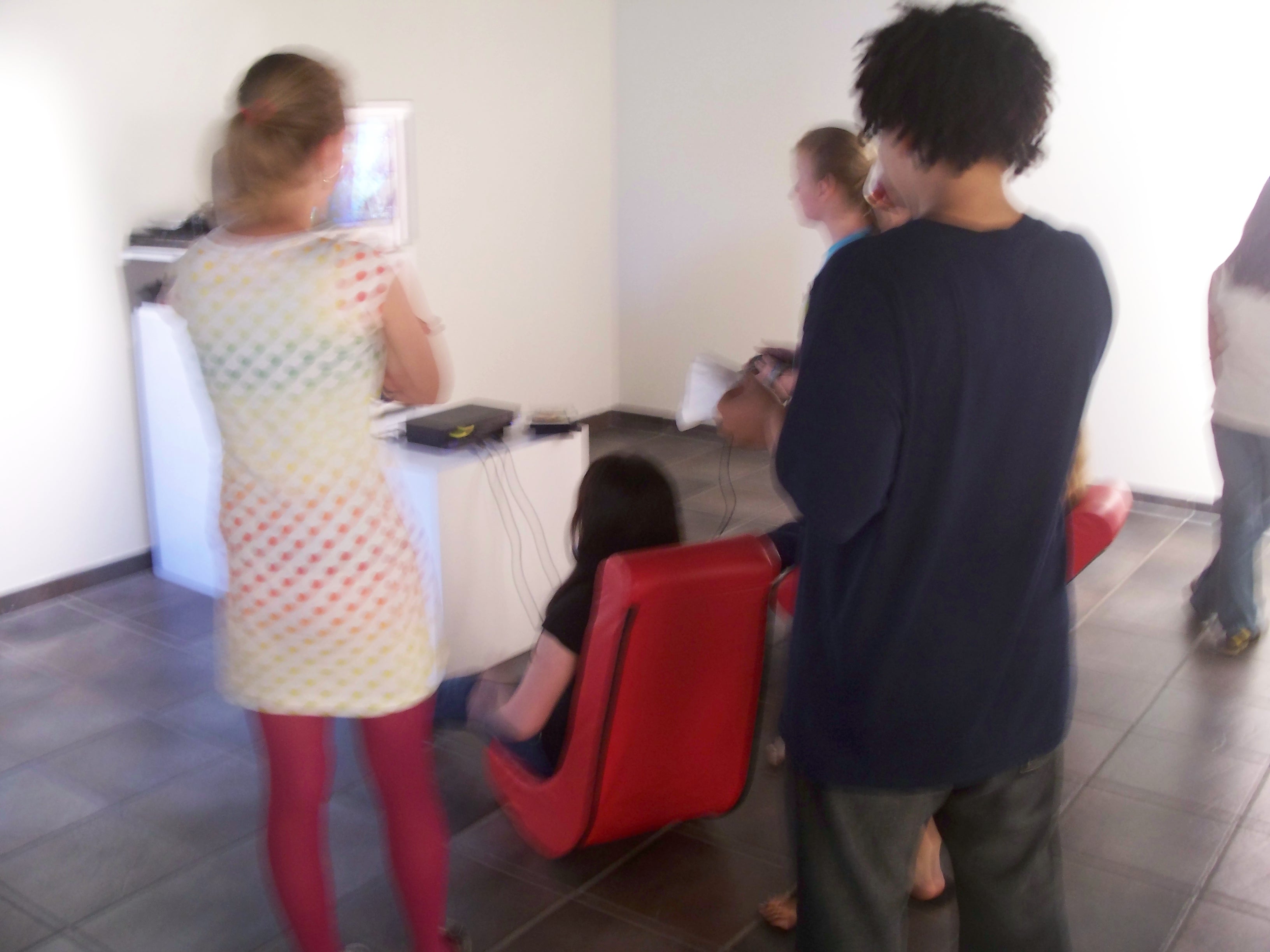 For over a decade, war has ravaged the Democratic Republic of the Congo (DRC). Fueled, in part, by an intense demand for natural resources, the war has claimed over 5 million lives. Coltan (Columbite-tantalite), a metallic ore from which the element tantalum is extracted, is one of the DRC’s most sought after resources. Tantalum is widely used in common electronic devices such as cell phones, computers and video game consoles.

Ps4 is an interactive video mash-up that juxtaposes documentary video footage with live video gameplay. Though initially conceptualized in response to reports of Sony’s large stake in the DRC’s bloody coltan trade during the production of its Playstation 2, Ps4’s playlist has since expanded to look at a variety of issues. On a general level, Ps4 explores the potentially alienating effects of gaming by derailing the seamless gameplay experience and offering a problematic and politicized view of so-called “immersive” leisure activities.

Documentary footage,”Congo’s Bloody Coltan”  Produced by, and used with permission from, thePulitzer Center. 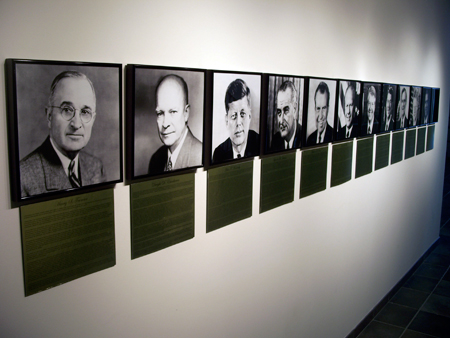 “If the Nuremberg laws were applied, then every post-war American president would have been hanged.” – Noam Chomsky

“In 1971, Telford Taylor, the chief US prosecutor at the post-World War II Nuremberg Tribunal, cited the ‘Yamashita’ case as grounds for indicting (General) Westmoreland. Following the war, a US Army Commission had sentenced Japanese General Tomayuki Yamashita to be hung for atrocities committed by his troops in the Philippines. The Commission held that as the senior commander, Yamashita was responsible for not stopping the atrocities. The same ruling could of course apply to General Powell and General Schwarzkopf. Yamashita, in his defense, presented considerable evidence that he had lacked the communications to adequately control his troops; yet he was still hung. Taylor pointed out that with helicopters and modern communications, Westmoreland and his commanders didn’t have this problem.” – Rogue State: A Guide to the World’s Only Superpower by William Blum, Common Courage Press, 2000. 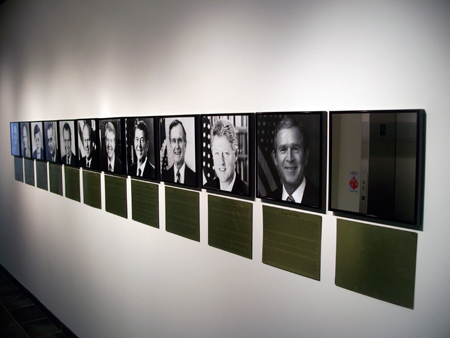 The installation consists of reproductions of post-WWII presidential photographic portraits accompanied by faux engraved plaques listing, in abridged form, 60 years of presidential foreign policy accomplishments. Flagrant violations of international laws are par for the course. Efforts to build empire have always been marked by murder celebrated fanatically as “just and righteous,” and yet we have something that we call “International Law,” including the Charter of the United Nations, Nuremberg Principles, Geneva Conventions, Genocide convention, and many others. In the interest of law, accompanied with the facts of 60 years of US foreign policy, and while using the case of General Tomayuki Yamashita as precedence, we can speculate on how our presidents may have faired if accused of war crimes before an impartial jury.