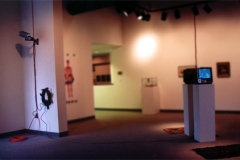 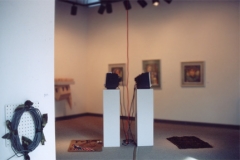 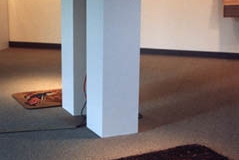 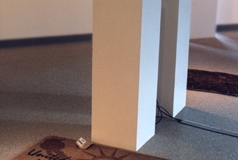 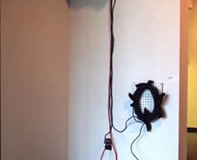 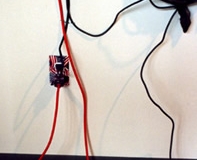 Dirt – placed on the gallery floor in front of a pedestal holding television 1.

Television 1 – playing a video in which Noam Chomsky analyzes U.S use of terror in the wake of September 11, 2001 attacks on the Pentagon and the World Trade Center.

Door mat – printed with an image of an eagle and text “United We Stand” in red, white and blue. Placed in front of pedestal holding television 2.

The various power cords needed for the piece are used to tie the components of the installation together. The excess cords are coiled, tied with camouflage printed fabric and connect into a single electrical outlet (printed with an American flag motif).