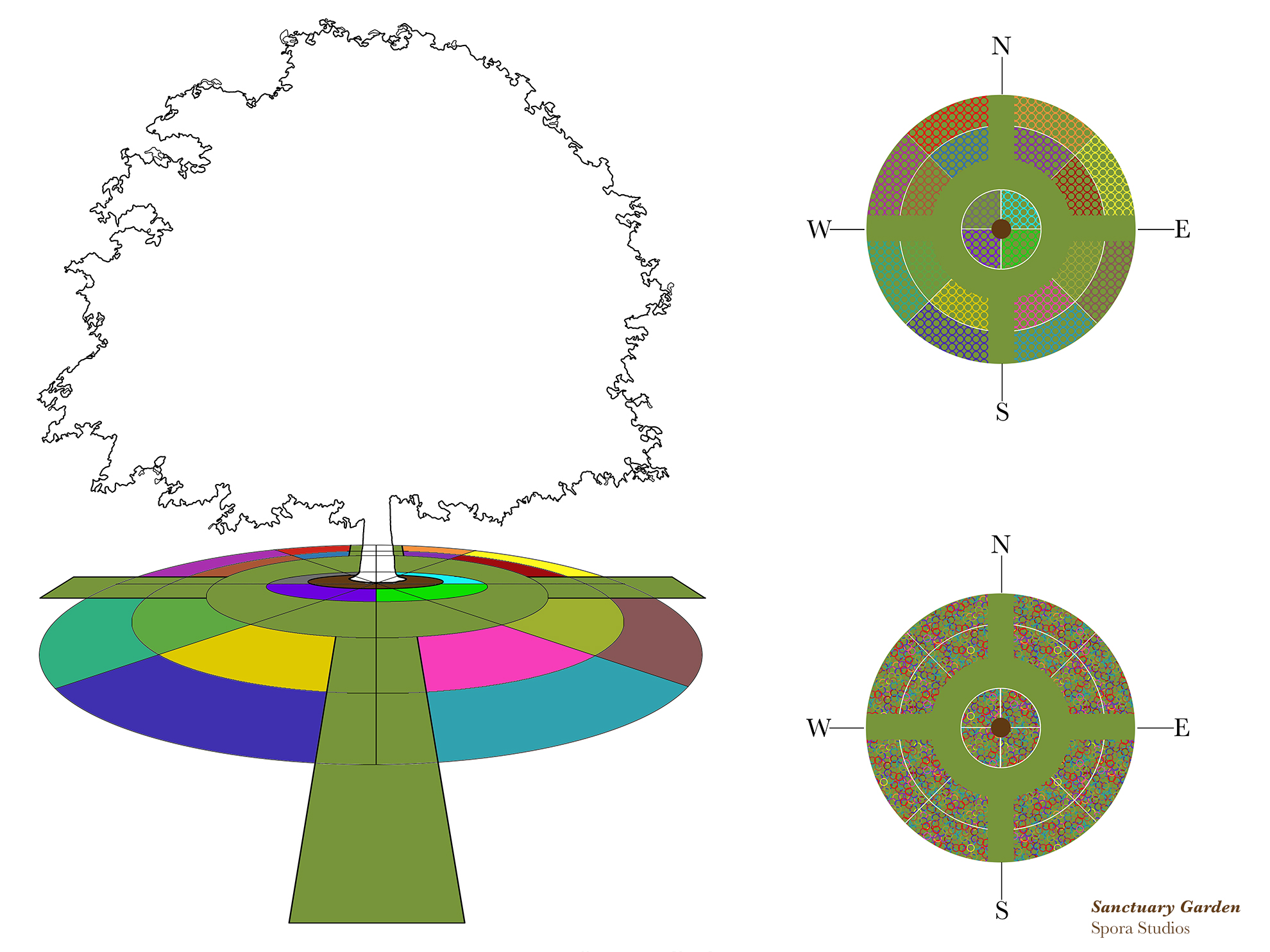 “Forest garden” is a forced juxtaposition of binary concepts – “nature” and “culture” and eschews the “man versus nature” paradigm by connecting the wellbeing of humans to the wellbeing of ecosystems that sustain us. Forest gardens combine the human use-value of a “garden” with the self-sustaining ecological function of the “forest” and in doing so provides a
new way to realize human potential to work with rather than against nature’s cycles.

We propose the design and installation of one or more forest gardens along the forest art path. The gardens – or plant “guilds” – will use a permaculture-based forest garden design concept (see fig. 1), which includes plant “polycultures” occupying cooperative niches in a layered forest habitat. The design focuses on maximizing symbiotic relationships among guild organisms and stacking ecological plant functions (such as nitrogen fixing, dynamic accumulation, erosion control, wildlife food and habitat) as well as offering food and medicine to people. The guild concept invites a realization that human wellbeing is contingent upon environmental wellbeing and invites direct participation in the landscape in ways that are mutually beneficial. 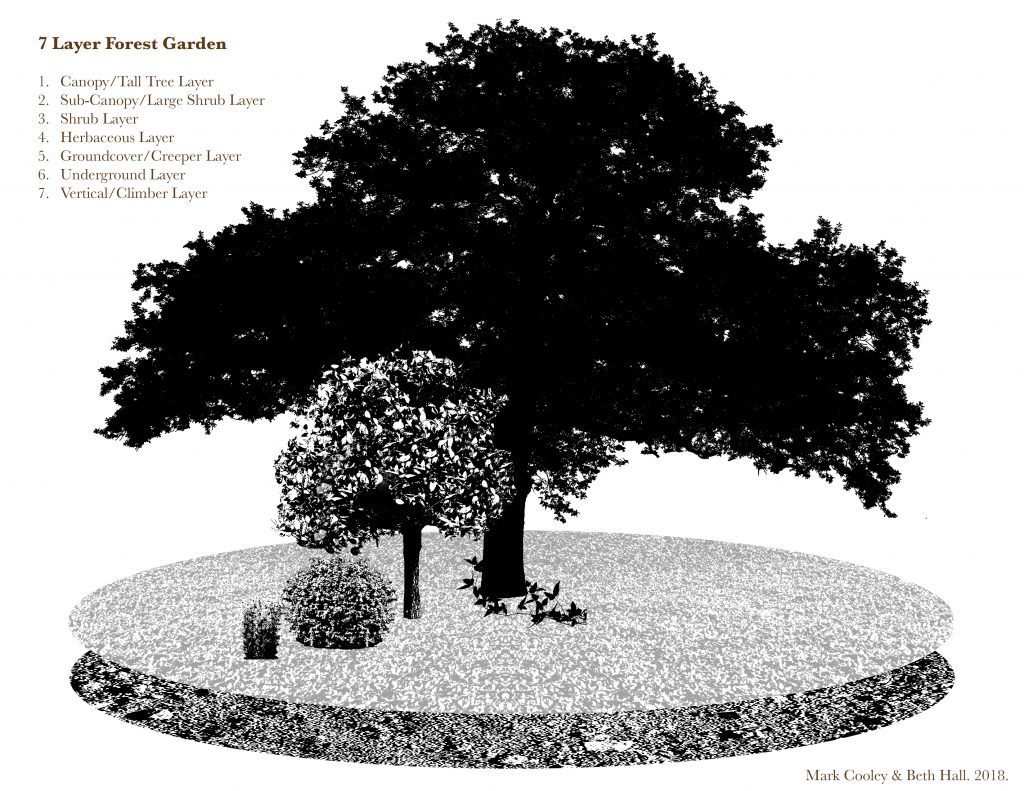 The Forest Guild(s) will feature rare and endangered wild medicinal plants from Europe and temperate climates around the world. Plants will of course be selected to fulfill cooperative niches in the guild, but also for their threatened status. Around the world, wild medicinal plant populations are threatened by habitat loss and overharvesting to supply a global dietary supplements trade. The endangerment of medicinal plants epitomizes civilization’s aptitude for destroying its own potential saviors – in this case the destruction of its own healing potential. But beyond the symbolic, these forest guilds will also provide a very real sanctuary (albeit small) for selected threatened species. We will be working with the support of United Plant Savers, a U.S.-based medicinal plant conservation organization, specifically, Executive Director Susan Leopold PhD, who we’ve consulted in the development of this proposal. https://www.unitedplantsavers.org

Darmstadt has taken in many refugees in recent years. Meanwhile, the U.S. has earned itself a reputation for xenophobia and violence against immigrants. Conceptually, we’re interested in working with migration in the ecology of plants and humans and exploring the ideas of “Sanctuary Cities” (cities offering safe haven for threatened immigrants and refugees) alongside “sanctuary gardens” (gardens offering protections for threatened plant species). Each guild’s “host” tree will feature a stenciled QR code (see fig. 2), which when scanned using a cell-phone gives visitors access to a podcast featuring narratives of refugees living in Darmstadt alongside narratives of the ecological function of the forest guild and stories of featured endangered plants – the threats they face and how they act together in support of the ecosystem. Importantly, we’d like to work with a critique of the “native” versus “alien invasive” paradigm used to describe both human and plant/animal migrations. We’d like to link, in our view, the inadequate and often destructive popular language of those wishing to conserve cultural and natural heritage. 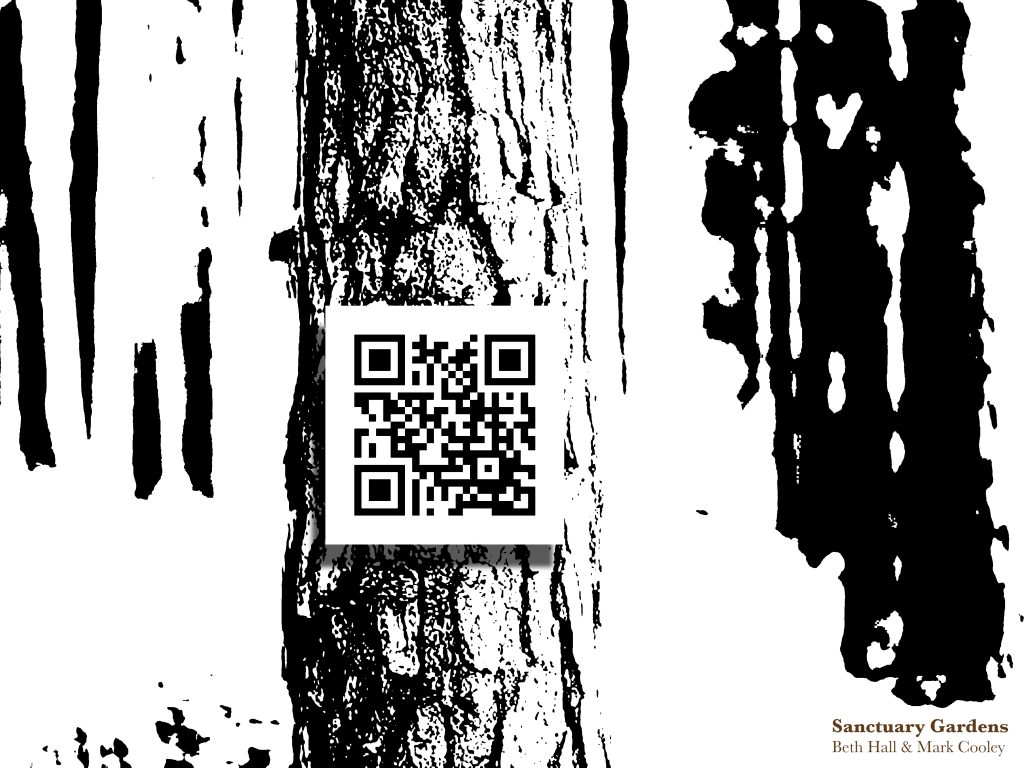 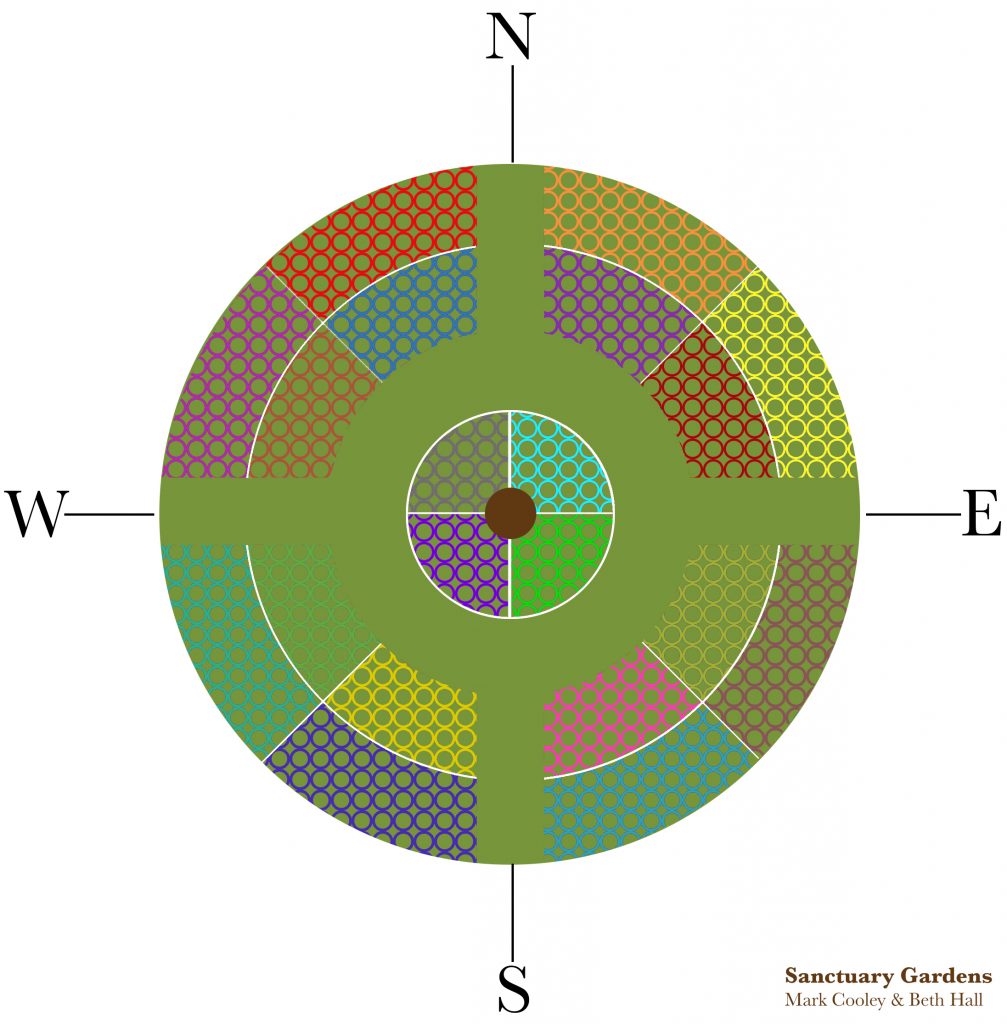 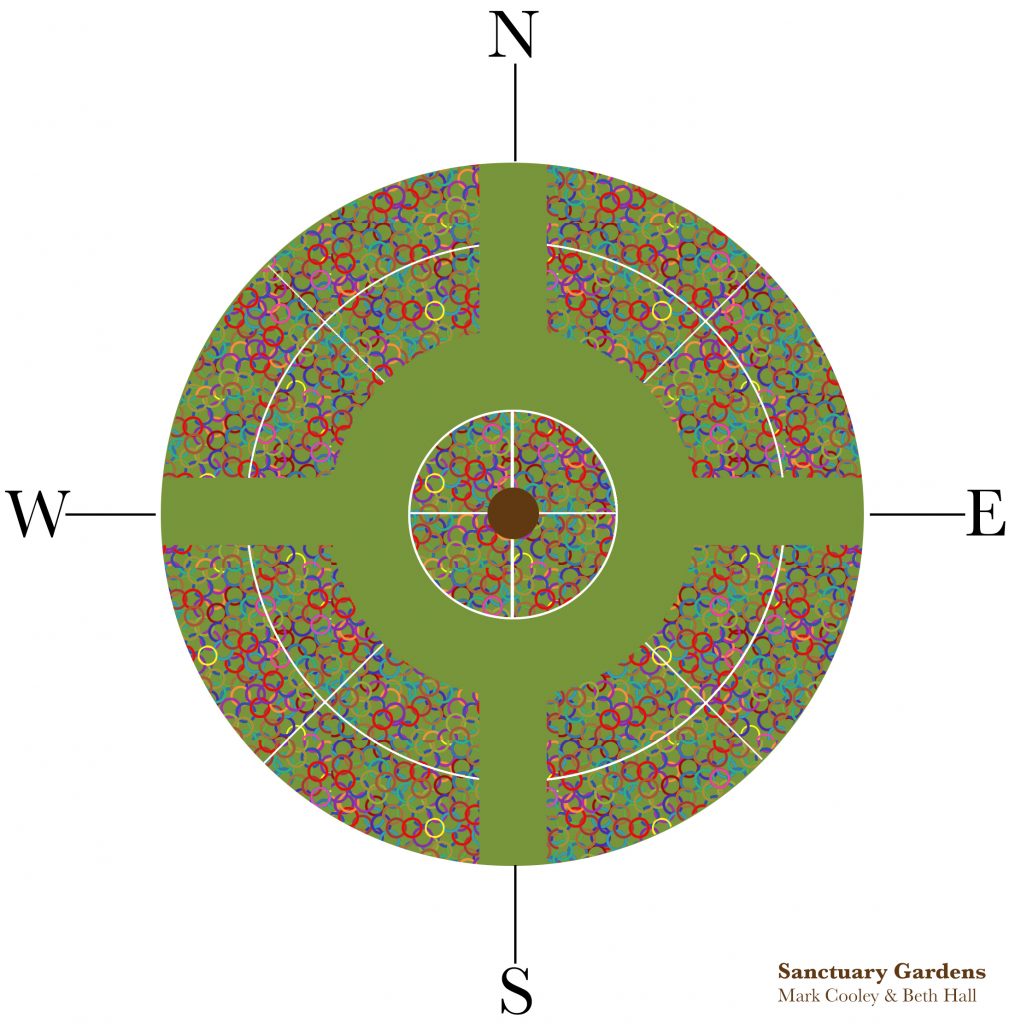