Will there be Bears? Song & Scroll Drawing 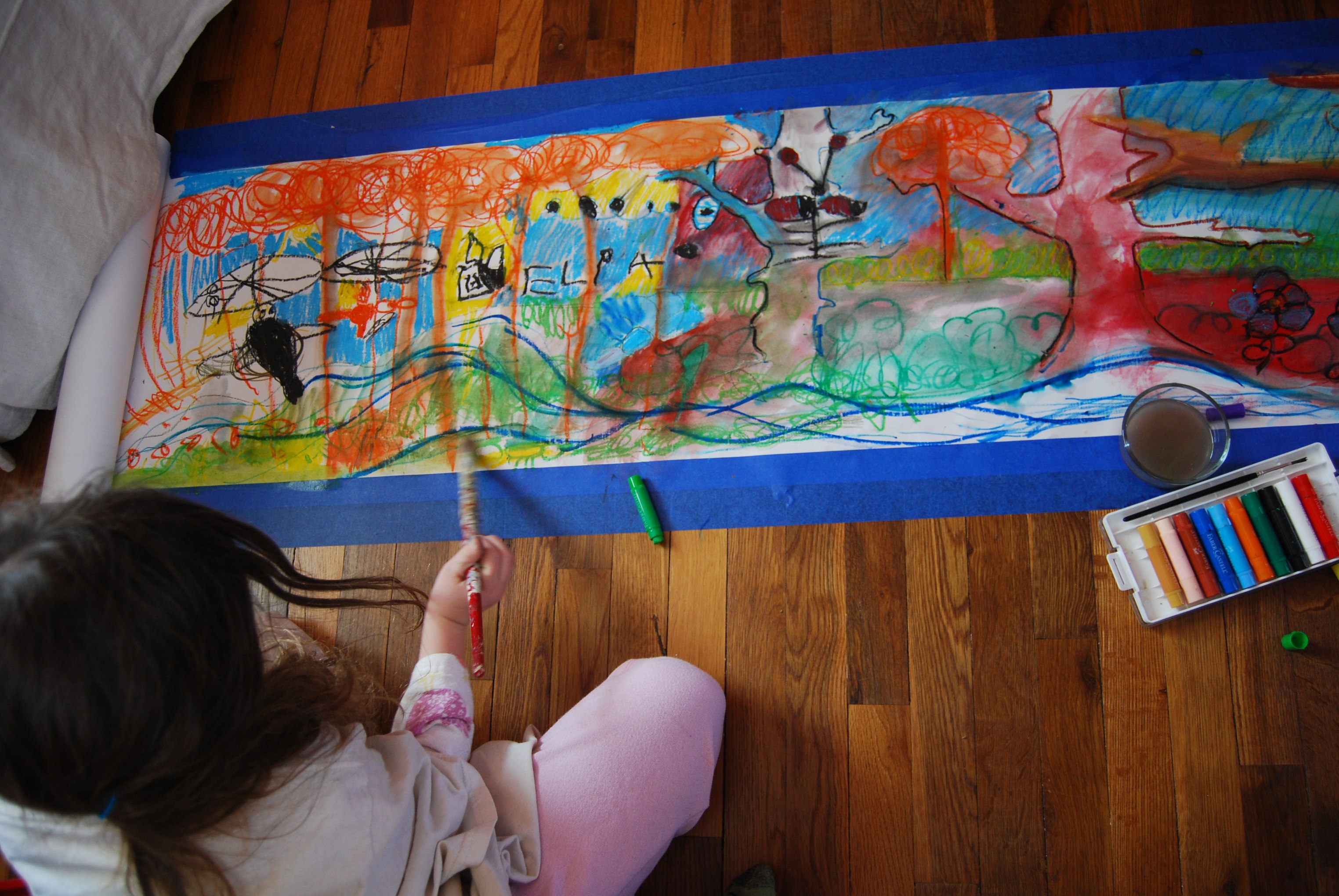 Will there be Bears?
thePopCornClub

“Children’s music”, refers mostly to music made BY adults FOR children, and “children’s art” is often no more than cookie cutter recipes where filling delineated shapes with approved colors is taken as both a sign of “artistic talent” and a virtue; for what are those borders we fill in anyway, but a symbol the categories and conventions of society which we are supposed to obediently fill (with appropriate colors). What might we call free-spirited, improvised, art made BY children? For now, we can place it roughly in the “outsider art” bin and hope the name doesn’t stick, because it’s much too sincere for such an insider definition as “outsider”. Celia, working with her dad as PopCornClub, was 5 or 6 at the time of the recording of this song and the making of this huge stream of consciousness scroll drawing, which is over 60 ft. long & took over a year to complete. The song was written on the spot and is part of an album’s worth of stuff improvised during in the same session in 2011. 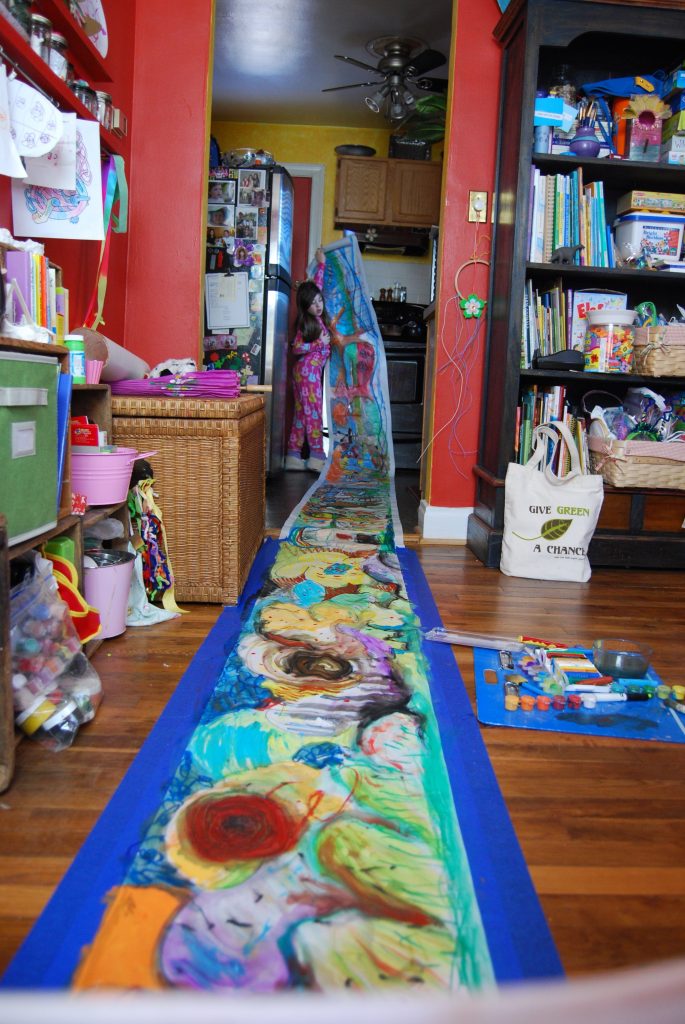 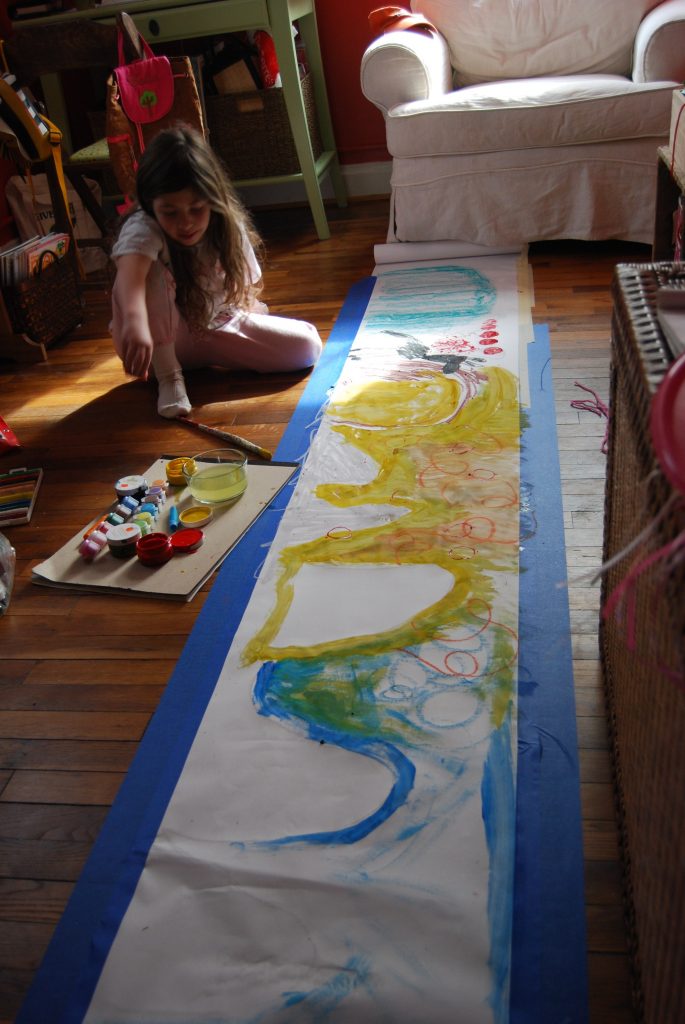 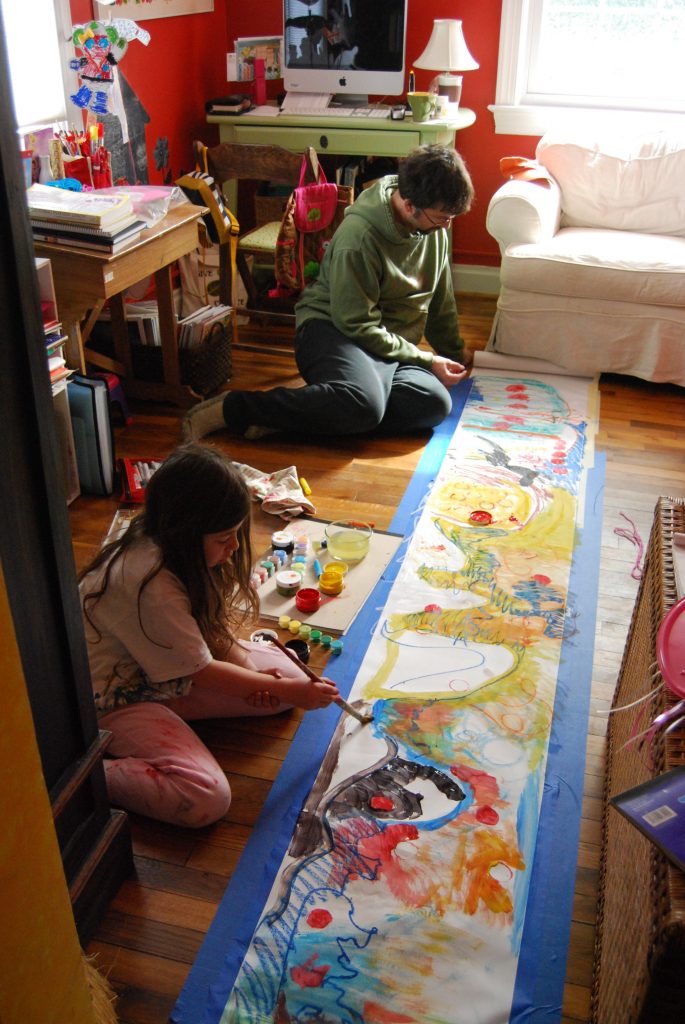 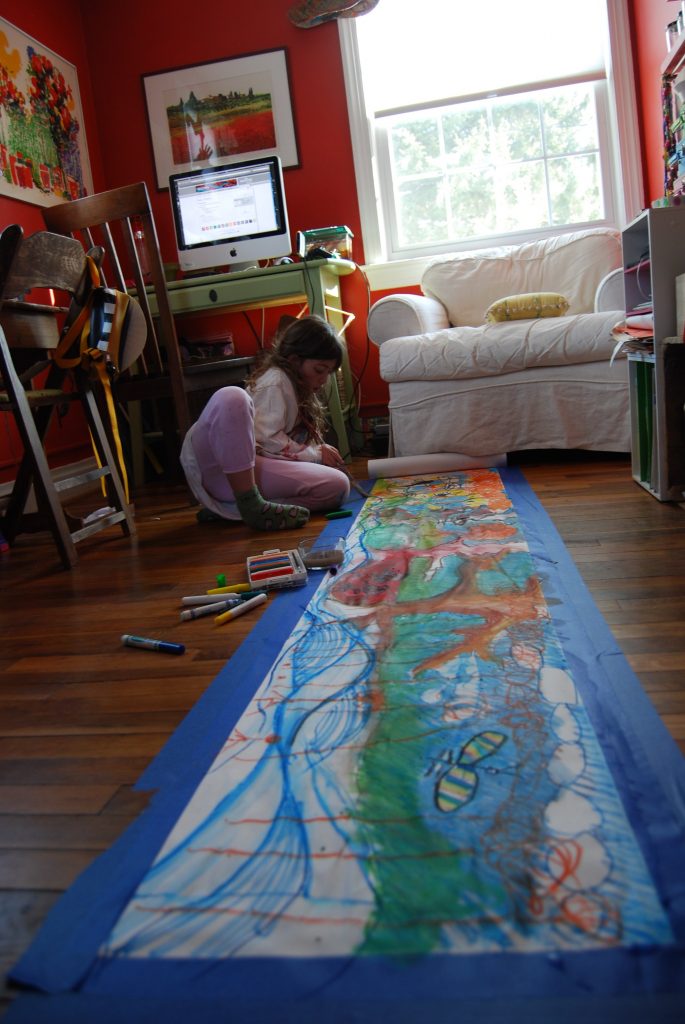 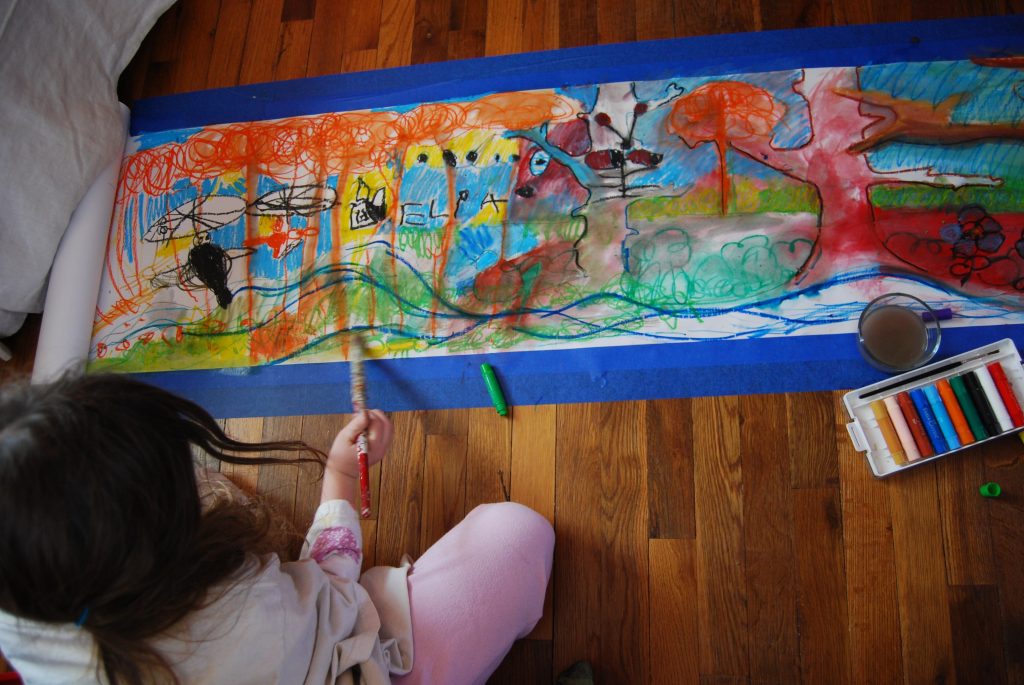 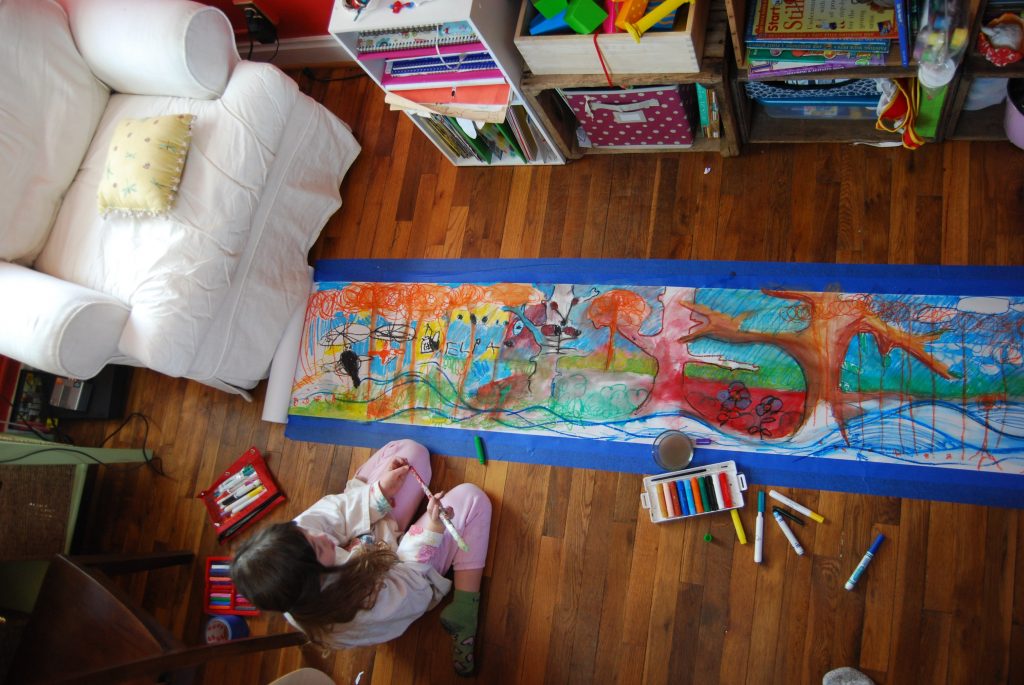 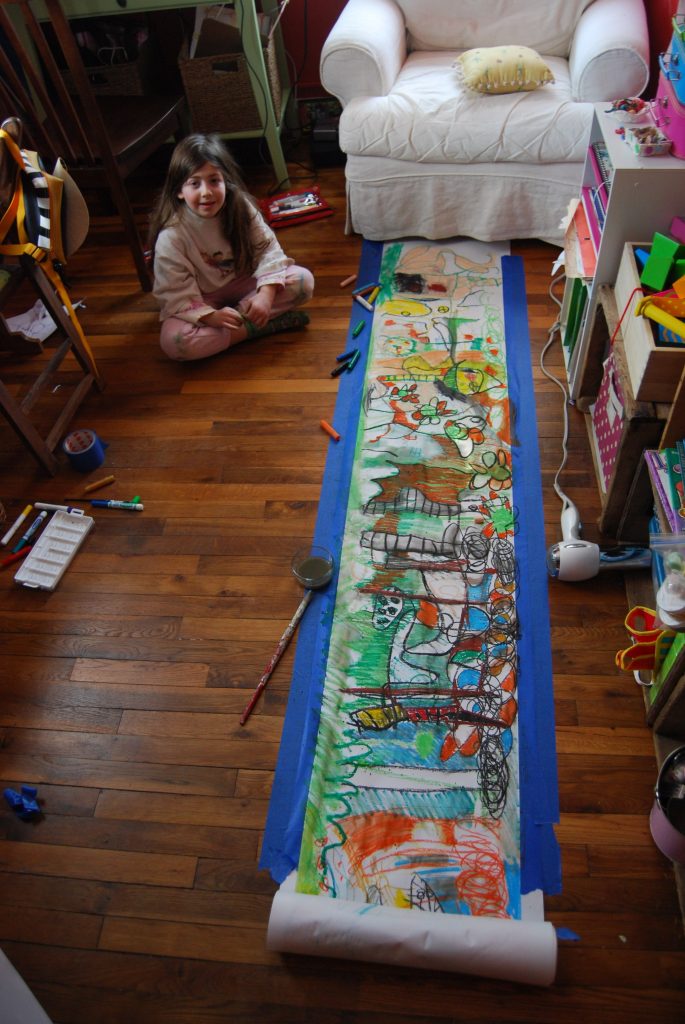 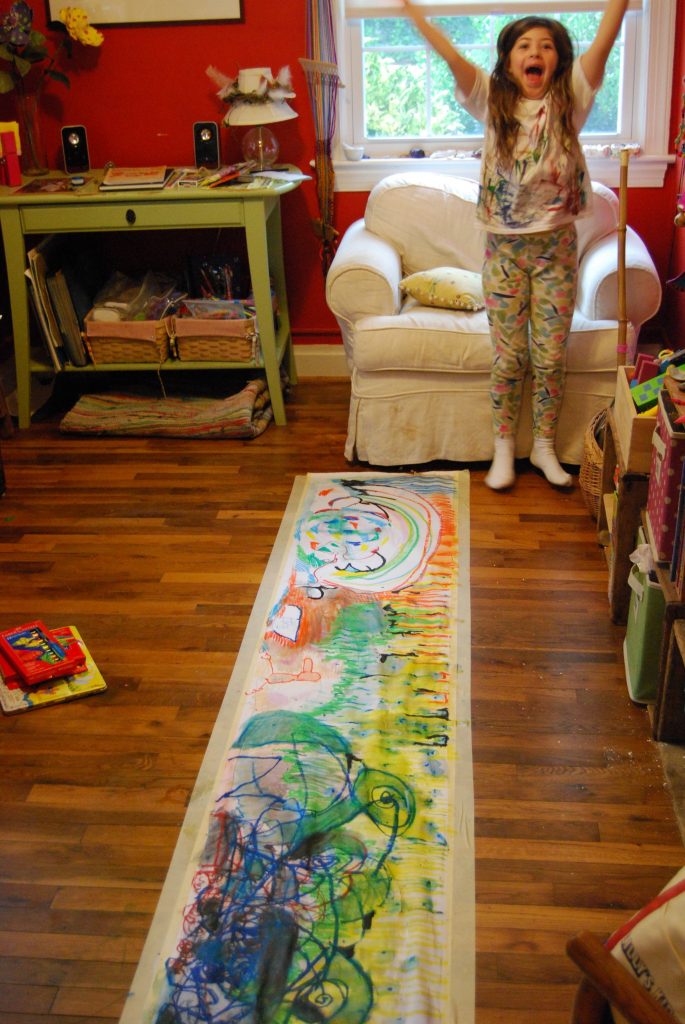 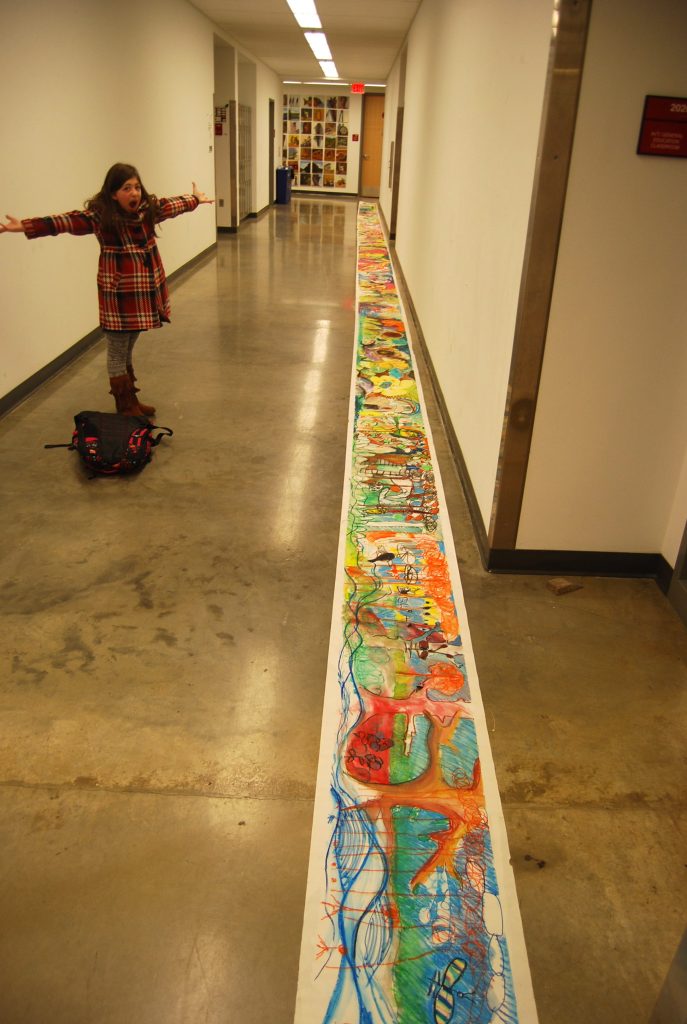 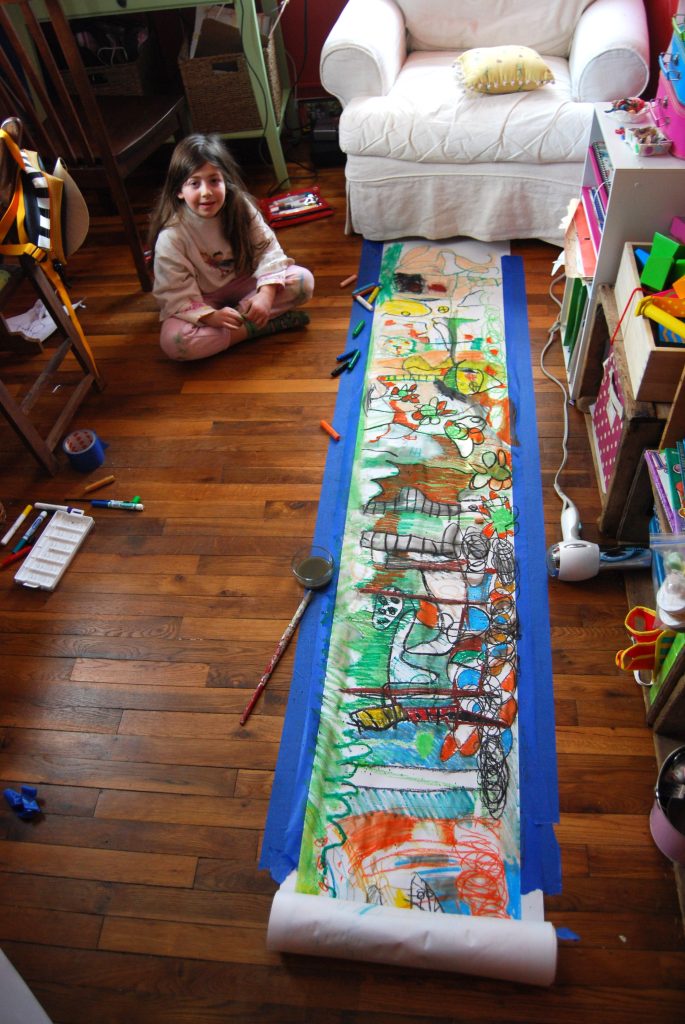 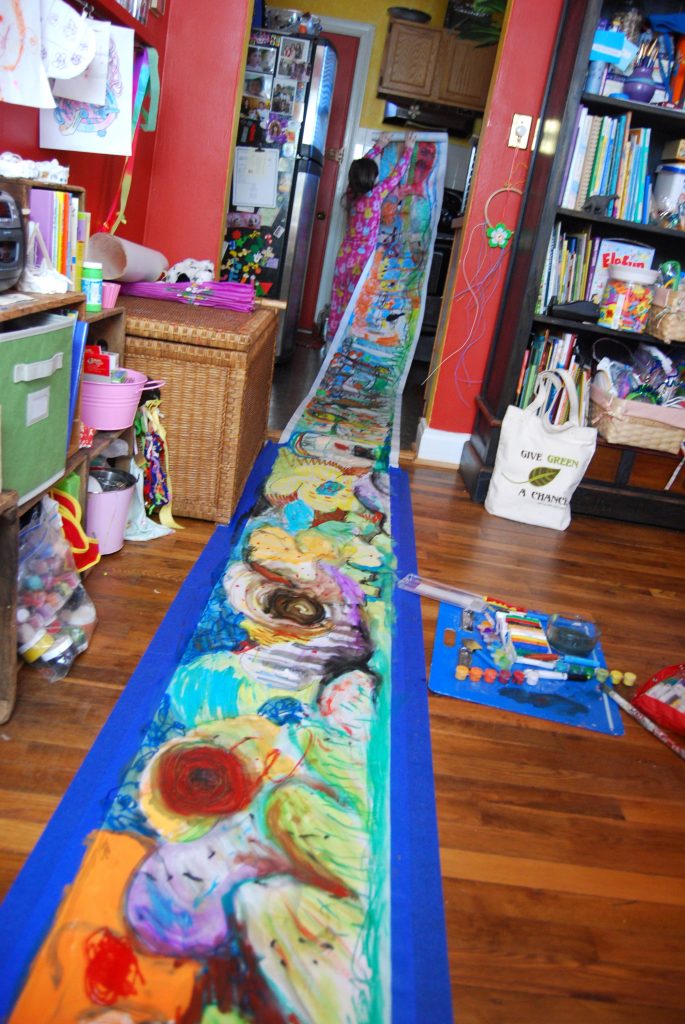